The streets of towns and cities across Sudan have seen widespread public protests for the third consecutive day. At least six civilians have died and dozens injured as police and security forces reacted with live ammunition. A State of Emergency has been declared in El Gedaref.

Political opposition parties, civil society organisations, armed movements, and the Sudan Call alliance issued separate statements supporting the demonstrators for exercising their right to protest and call for change. The statements caution the security forces not to prevent the public from exercising their democratic right to peaceful protest, and called on the police to protect, not attack the demonstrations.

The Committee of Doctors of Sudan reports to Radio Dabanga that at least six people died when police opened fire on demonstrators in separate incidents: three people died in El Gedaref, two students were shot dead in Kareema two students, and one demonstrator died in Berber in River Nile state. The latest unconfirmed updates from activists put the El Gedaref death toll at six.

In Berber and Rebediya, demonstrators torched the office of the ruling National Congress Party.

Today, the Ministry of Education and Guidance in River Nile state announced the suspension of the study in all basic and higher secondary schools in Atbara until further notice.

The decision followed the massive demonstrations that took place on Wednesday against hunger and rise of prices that led to the burning of the National Congress Party headquarters and closing of markets in the town.

On Wednesday evening, the security committee in the River Nile state declared the state of emergency in Atbara after the escalation of demonstrations.

The Minister of Education and Guidance in state, the spokesman for the state government, Ibrahim Mukhtar, said that the committee issued a curfew to be in effect from 6 pm to 6 am.

The directors of basic and higher secondary education in Atbara instructed the headmasters of basic and secondary schools in the locality to suspend the study in all the private and government schools of Atbara until further notice.

On Wednesday, the Red Sea State witnessed in conjunction with Atbara demonstration of hundreds of students and residents in different districts and the grand market in Port Sudan in protest against the increase in the price of bread.

The demonstrations coincided with the visit by Sudan’s President Al Bashir to the Red Sea state capital yesterday.

Witnesses told Radio Dabanga that the demonstrations started from Port Sudan Technical College before expanding to include all colleges and schools in different districts. The demonstrators chanted slogans condemning the surge of prices and living hardship.

Witnesses said that the smoke of tear gas covered the sky of the city market and districts. They said the police managed to break-up the demonstrations in the districts of Port Sudan, while demonstrations continued in the Grand Market until late on Wednesday.

Demonstrations also closed the market in Port Sudan and all government institutions. Yesterday, the state government applied the decision to increase the price of a commercial piece of bread to three Pounds.

On Tuesday night, demonstrations began in Fadasi in El Gezira. Demonstrators closed the Khartoum-Wad Madani road for a limited time and set fire to tires

Police and security forces have continued to spread across El Geneina in West Darfur for the second day in a row, surrounded schools and prevented students from having breakfast outside in anticipation of student protests in El Geneina. 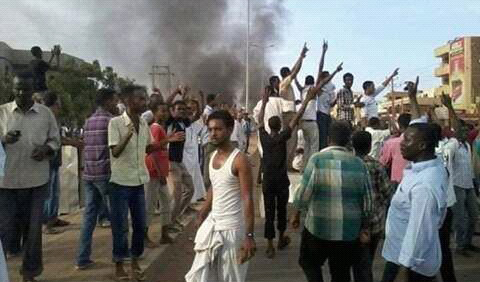 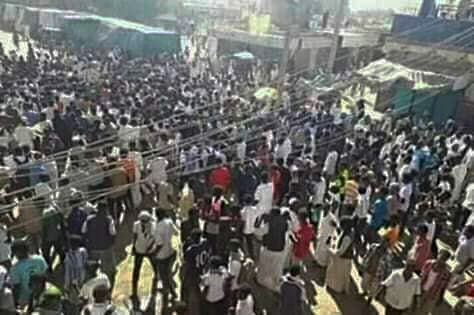 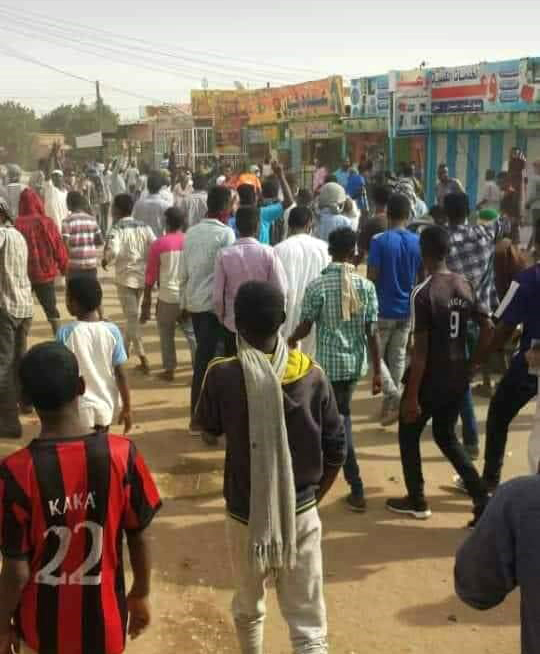 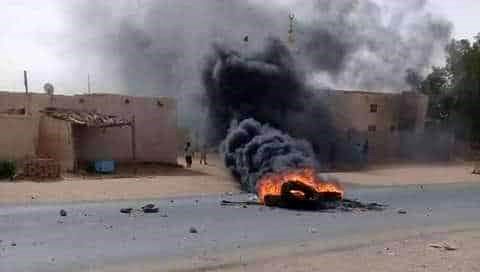 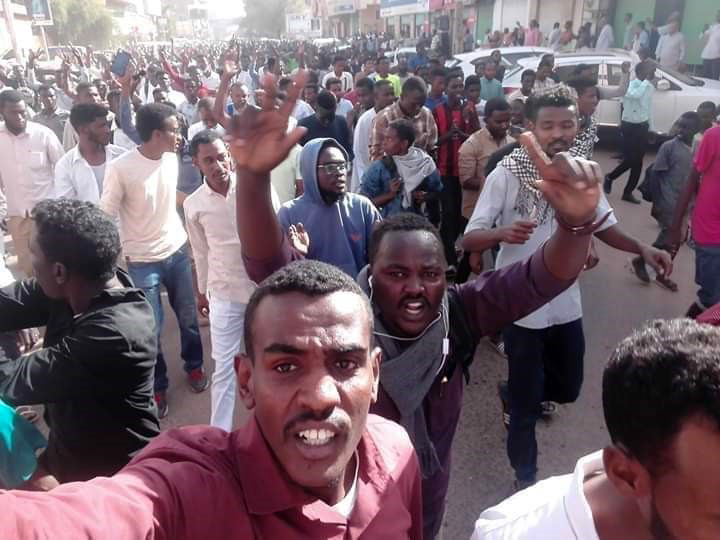 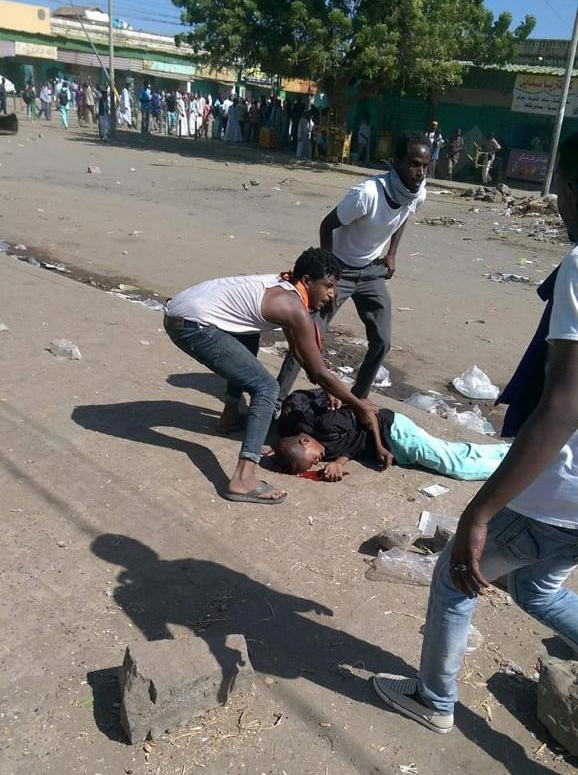 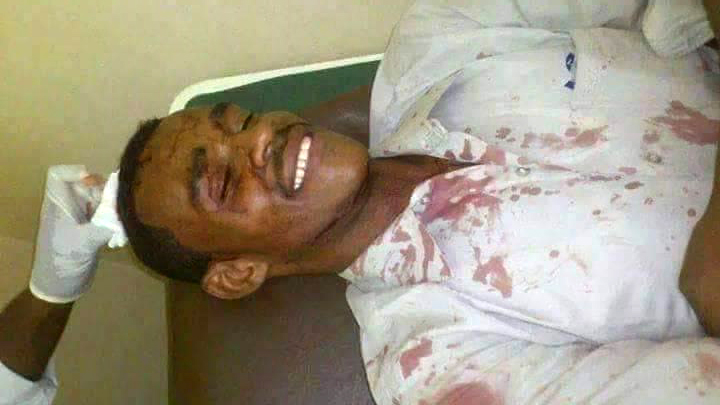 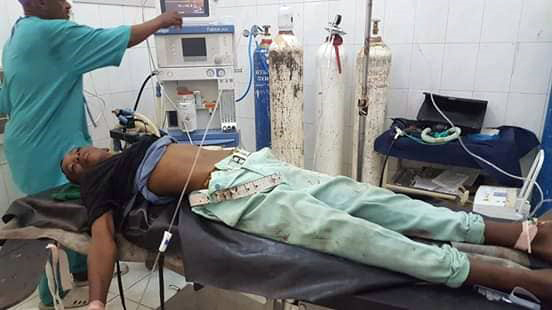 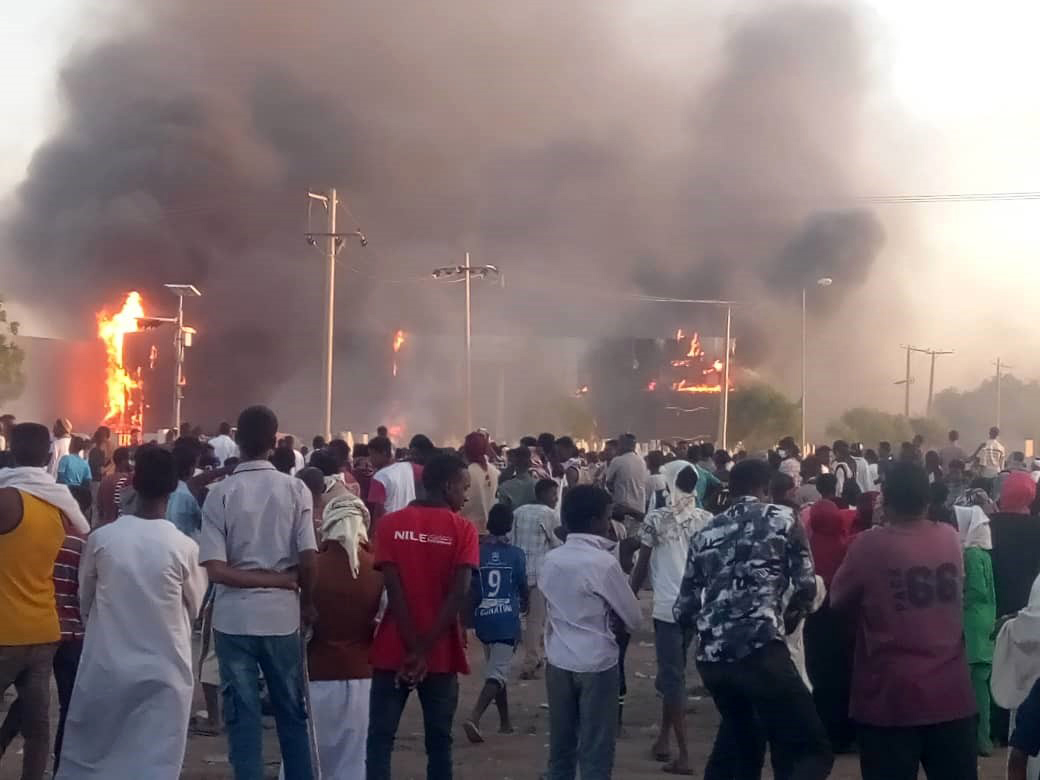 Offices or the ruling National Congress Party in Atbara torched

Share this on WhatsAppDecember 21 – 2018 KHARTOUM An international observatory reports targeted internet disruptions to Sudan’s internet infrastructure to suppress the widespread public demonstrations across the country. There is evidence of attempts to block […]